Below are some of the key definitions related to the solar energy program:

Other resources regarding solar power and electricity meters in California: PG&E, SCE, and SDG&E. 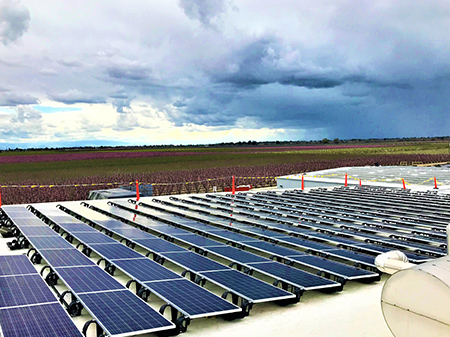 Important aspects of the NEM Aggregation program include:

HOW IS THE ELECTRICITY GENERATION ALLOCATED?

When the solar energy system arrangement is first turned on, for the next 12 months (and for every 12-month period thereafter) the utility company will allocate the solar electricity to the meters based on the proportion of each meter’s total kWhs used each month.

Because the meters’ dollar balances fluctuate throughout the year, the user pays the net energy charges to the utility company only at the end of the 12-months, not monthly.

In the illustration below, the unshaded land parcels are all solely owned, leased, or rented by the same individual/entity. Note the following: 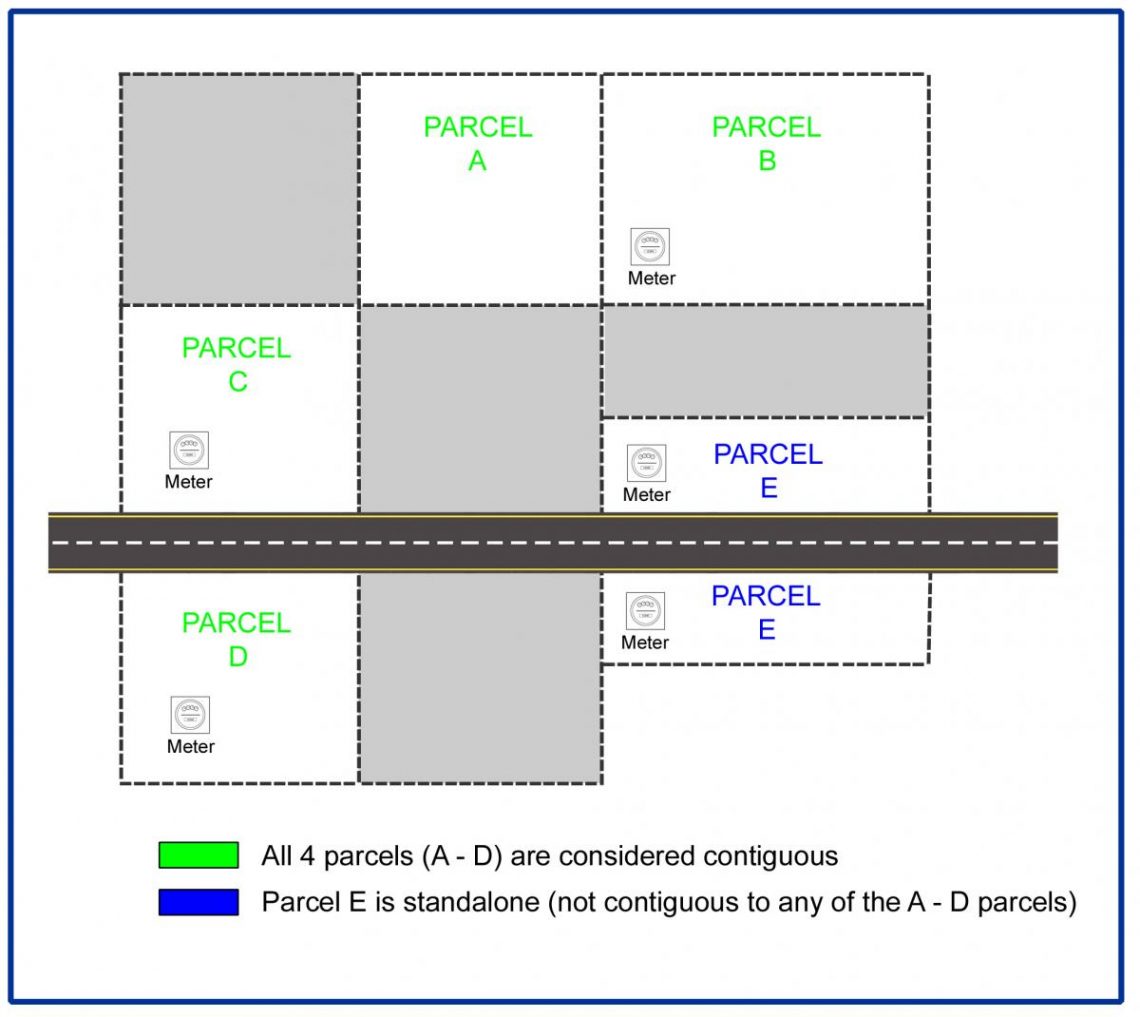 The major utility companies in Southern and Central California use a complicated formula to determine solar kWhs allocation. Because the effect that the kWh allocation formula will have on a particular arrangement of electricity meters is not intuitive, it’s imperative that a thorough assessment is performed using your actual data.

Premier Renewables can provide this solar system analysis for you, using our own proprietary software models, to ensure that you get the most value out of a particular meter arrangement. 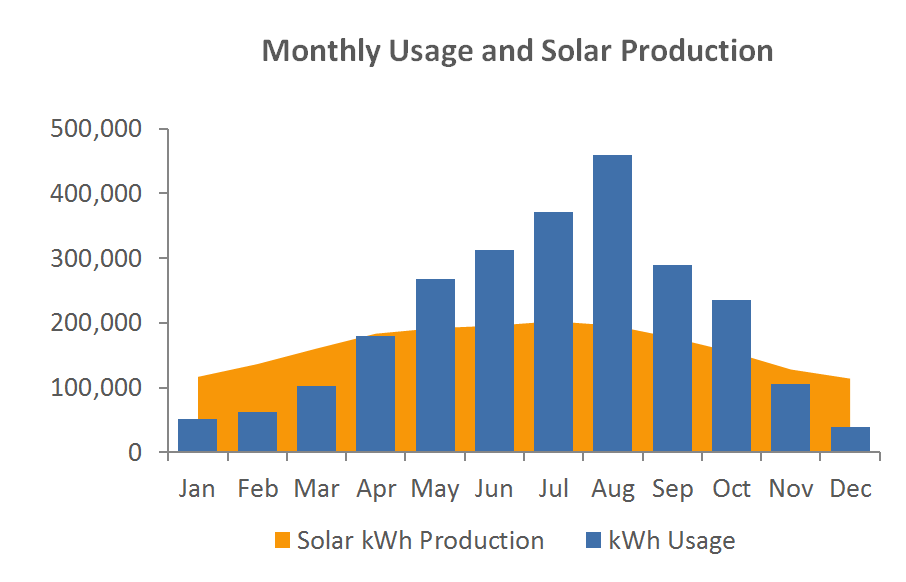 This agricultural solar project was installed under PG&E’s new aggregated metering program. The 200kW PV system interconnects at one meter but produces enough solar energy to offset three separate well pump meters on the property. The customer is able to reduce all electricity bills for their agricultural operation with a single solar PV system. If you are interested in seeing if this program would work for you, contact us today. 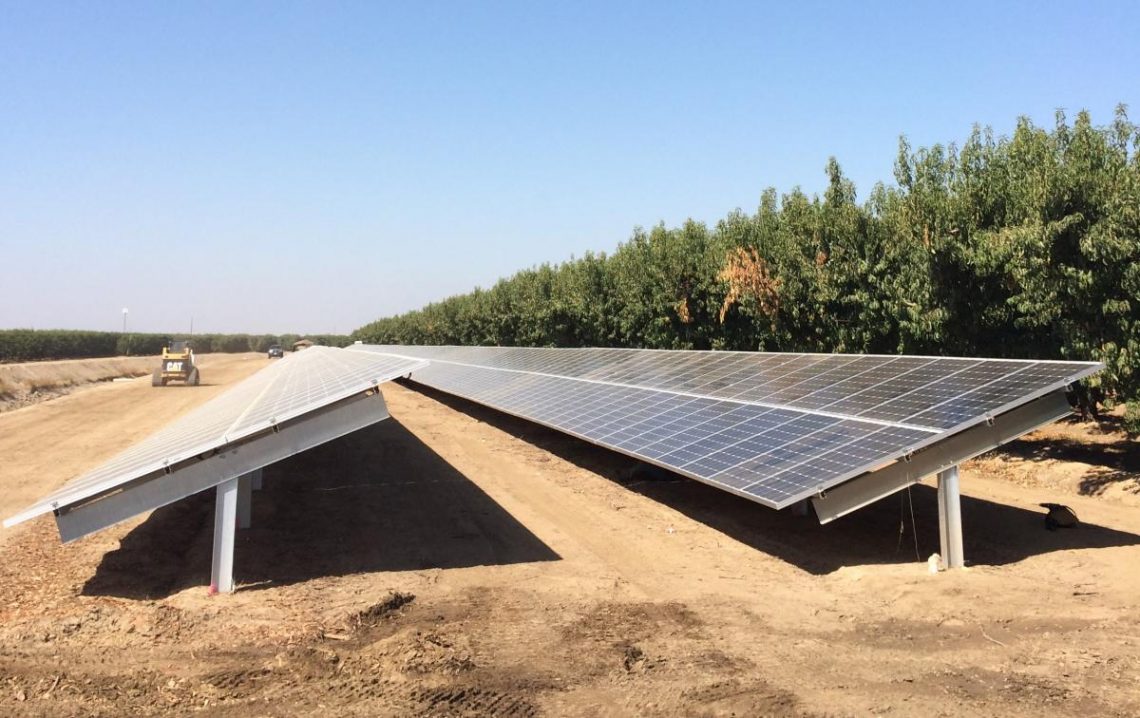 Agricultural operations that are considering installing a solar power system while maximizing their ROI should act quickly. Aggregated metering is required to be offered by electrical utility companies only until the total capacity of renewable energy generated surpasses 5% of the utility’s aggregated demand. The capacity is quickly increasing and will only continue to accelerate with aggregated metering as an option. Reach out to us today to learn more and get your free project proposal!