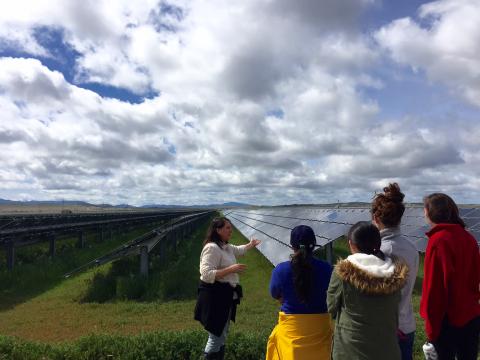 Every year Grid Alternatives provides a spring break program where select students from all around the world are chosen to spend a week learning about solar in California. Premier Renewables, a local agricultural solar company was able to volunteer to help Grid Alternatives and their spring breakers take a tour of Topaz Solar Farm. Tori Degen, the coordinator of the program noted that “It was an awesome opportunity for students to tour an incredible project that many people don’t get to see. I think it opened their eyes to the possibility of a career in solar, something they may not have considered before seeing Topaz. The students are majoring in a number of subjects – law, pre-med, environmental science and policy – so it was neat for them to hear that solar careers aren’t just in construction and installation. There’s a need for people in communications, development, project management, sales – across the board.” We were lucky enough to have the delightful Maria Kelly take us around the Solar Farm and explain to us the details regarding the project. Many of the spring breakers came from all around the world, and with Topaz solar farm being one of the world’s largest solar installations, they were excited to have the opportunity to tour the property, “I thought it was really amazing to be able to tour an area that people don’t normally have access to and learn about all the energy they are generating for so many communities and households in the region. I found the biology aspect of it incredible as well – how much thought and surveying they put in to the protection of the land and animal species that live there” said Shambhavi, a student from India.

Topaz solar farm is a 550 MW photovoltaic power station in San Luis Obispo County, California. This $2.5 million project includes almost 9 million thin film solar panels spread across 9.5 square miles, the equivalence of 4,600 football fields. According to First Solar, this project created 400 construction jobs for the county and the annual generation of the farm is projected to produce 1,100 GWh, which is enough energy to power 180,000 average California homes! 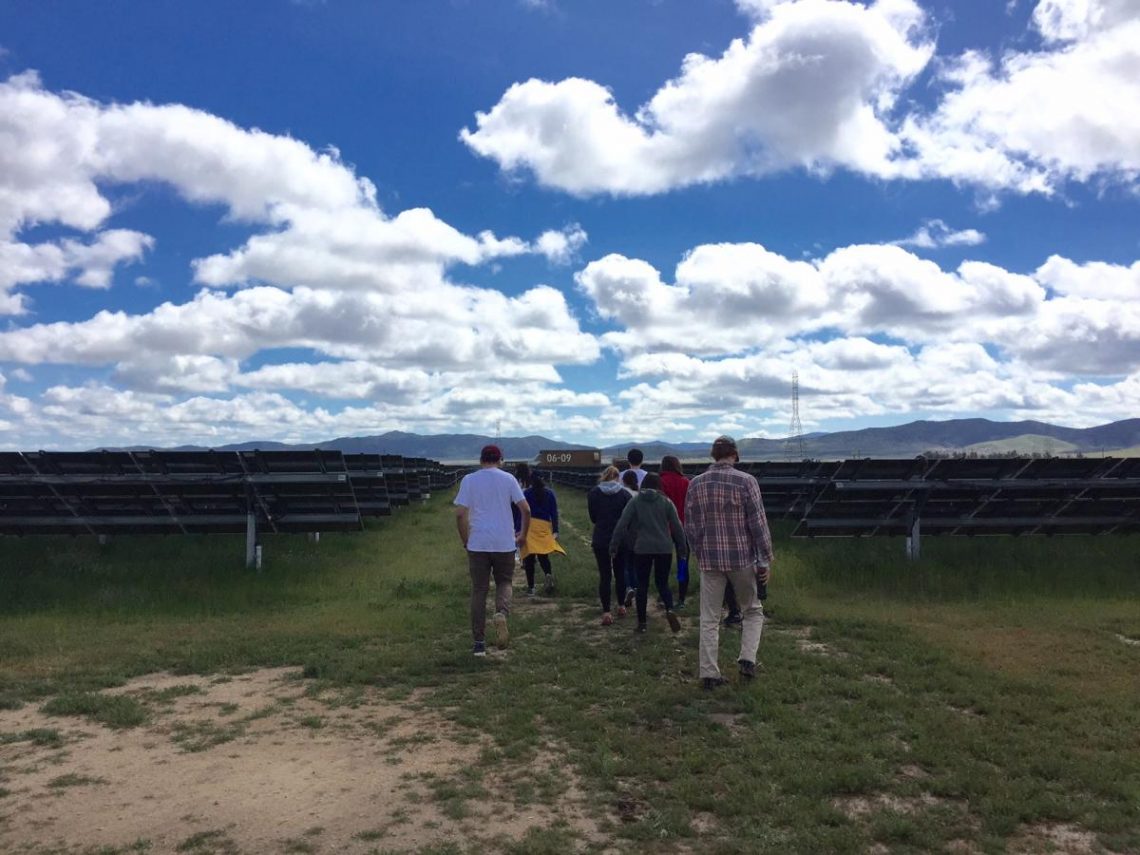 Topaz Solar Farm has a 25 year Power Purchase Agreement with Pacific Gas and Electric Company (PG&E). A Power Purchase Agreement is similar to a lease in the sense that a third party owns and maintains the renewable energy system on the individual or companies behalf. The individual or company agrees to pay for the electricity generated at a rate lower than their current electricity bill. A Power Purchase Agreement or PPA has been growing in popularity, as it allows many commercial and agricultural companies to install a solar energy system at no upfront costs. If you would like more information regarding a PPA or if you have questions about solar, feel free to contact Premier Renewables LLC. Premier Renewables specializes in solar energy solutions for commercial, agricultural businesses, non-profit organizations, and government entities. Our commitment to quality, integrity, and dependability has allowed us to provide cost effective solar energy systems that are custom built to suit the individual needs of our customers. A special thanks to Tori Degen at Grid Solar as well for the opportunity to participate in this special program!