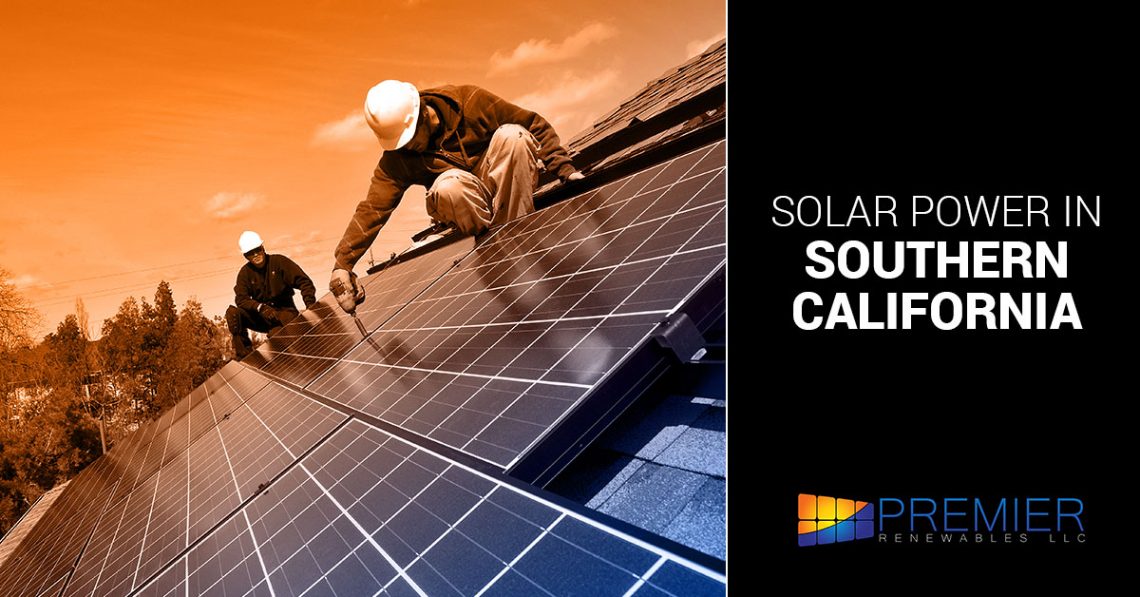 Solar Power in Southern california is hopping, with more than 10 percent of the entire state’s energy coming from Solar. Here at Premier Renewables, we offer solar farm investments for commercial, industrial, and agribusiness companies along with, non profits, and governmental entities. In this blog, we’ll be touching on the importance of solar energy to businesses in South and Central Valley California.

This past year, California has created so much electricity that they had to pay other states (namely Arizona) to take the electricity and avoid overloading the state’s power lines. California is in an odd spot as it’s water is run by multiple different governmental entities that create incongruences in official policy and energy direction. As the solar energy surge has started to turn California into a green energy producing machine, some energy providers have been greenlit to construct more fossil fuel plants despite the met demands. The problems with this two-directional energy policy is that it has led to a new and continuing series of issues that has helped encourage companies to escape the troubles by investing in their own energy sources.

Because of this overabundance of energy and confusion within the power companies, municipalities, and states, energy costs are not getting lower, despite the record amounts of electricity. Instead, costs are rising. The average energy prices are 50 percent higher per capita in California when compared to other states. In addition, the future of fossil fuels is unsure. Some traditional energy sources are convenient to helping add stability and provide backups in worst case scenarios, but the world is changing, and oil producing countries are looking at long term issues in production, and investment. Even in the Middle East, countries are divesting in oil and moving to rely more on the finance sector and other more stable sectors. This long-term market volatility with unsecured foreign sources of fossil fuels and a continually fluctuating domestic energy market has led many long-term businesses to look for alternatives.

Solar power has an immense amount of advantages, and continuous increases in energy generation and storage technology mean those advantages will only keep growing. If you are a Southern California business looking to get yourself cheaper electricity, long-term security, and a great investment, contact Premier Renewables in San Luis Obispo to get started.